Arnòr Dan posted a picture he took with Yoko Kanno and Keisuke “Tommy” Tominaga at the sundlaugin studio in Reykjavik earlier this year during the recording of the Terror in Resonance music.

END_OF_DOCUMENT_TOKEN_TO_BE_REPLACED

Today is the release day of the first O.S.T. of Terror in Resonance.

It was actually already out yesterday in some places in Japan, I was able to buy one copy and I can tell this album is awesome!

There’s a bag with the limited edition, but the interesting stuff is on the CD.

The cover is actually composed of 3 separate transparent layers, and the booklet is quite special too. It contains pretty long descriptions for each song, as well as Japanese translations of the different songs lyrics. I can’t promise anything, but I’ll try to translate the notes someday.

For those wondering if this high resolution (96kHz/24bits) CD is playable anywhere, it is. But you need a special and expensive player to play it in HD.

You can purchase this album on Amazon Japan or CD Japan.

Or you can buy just the music files on the website mora in normal or HD quality, and also on iTunes Japan.

A few websites are now listing the tracks of the Terror in Resonance OST coming out in a few weeks.

Amazon Japan as well as VGMdb are listing the 18 tracks of the album. Good news, the total length is almost 70 minutes, and the album seems to be well-balanced in background music and songs.

Though I’m not quite sure, the tracks titles are maybe written in Icelandic. 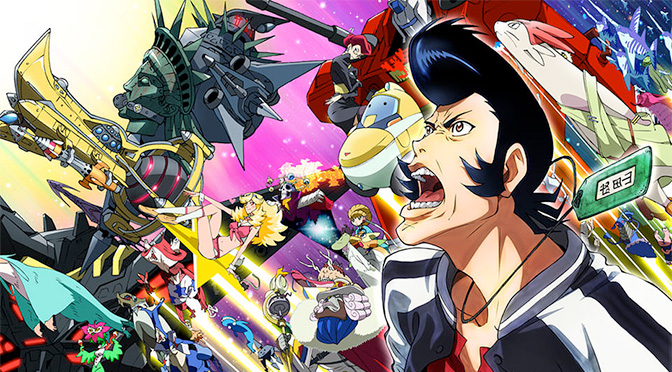 Yoko Kanno will contribute to some extent to the new Watanabe project Space☆Dandy.

This new anime (katakanized スペース☆ダンディ) will tell the story of an alien hunter named Space Dandy. Remind you something?

On the music side, it looks like a bit of a mess. 22 musicians are contributing to the project, and among them lies Yoko Kanno (and also Taro Umebayashi who also works for the label Piano). Everything is managed by the music producer Keisuke “Tommy” Tominaga who also works for Piano Inc.

The music is labeled by Flying Dog who created a dedicated website.

Yoko Kanno is not involved in the opening theme but arranged the ending theme entitled「X次元へようこそ」(X jigen e yōkoso [trans: Welcome to the X Dimension]).

It is performed by Yakushimaru Etsuko and will be released as a single in January 29, 2014:

So far we don’t know if she wrote some background music too.