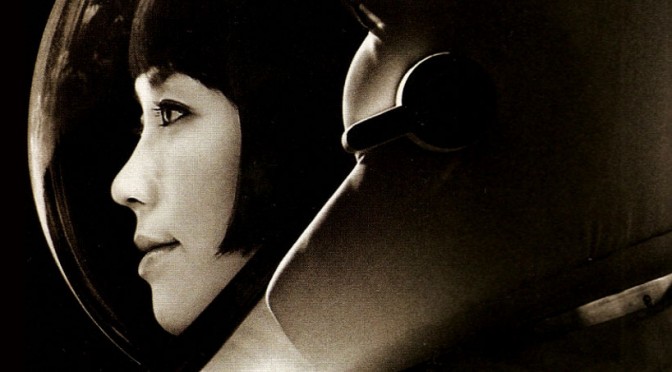 From classical music, pop, jazz, folklore to electronic music, Yoko Kanno is quite a talented musician who composes and arranges all sorts of music genre, ancient or modern, occidental or oriental. While she was still in college she happened to be asked to join the band “Tetsu 100%” as a keyboardist to participate in a contest and they eventually won. After they disbanded after the release of 4 albums, she started working on video game, animation and CM music as a composer-arranger, and even extended her field of activity to composition and music production services for famous artists such as SMAP or Miki Imai. She likes to say that “using words or taking pictures is similar to music when it comes to express something” and there’s no limit to her work since she also has experiences with vocals and lyrics. Having written more than 1000 commercial pieces of music, anyone (in Japan) has already heard her music somewhere once. Matsutake Hideki, committee member of the CPRA, approached her to grasp the essence of her talent.

Born in the prefecture of Miyagi, her musical talent was acknowledged when she was very young and she began her carrier as a keyboardist in the band Tetsu 100% when she was in college. She was noticed when writing and arranging the music of the history simulation game Nobunaga’s Ambition. Then, she broadened her activity to animation and commercials, and became a producer, particularly to Maaya Sakamoto. In the commercial music industry, she won the Torirō Miki commercial music prize in 1998 for her work Vitamin Water. Writing lyrics, performing vocals and producing lives, Yoko Kanno exhibits her talents in a very versatile way.

―― It seems you won every contest from  early childhood?

I believe the first time I just won because I was the youngest child. Around middle school, I always ended up being number one at the annual prefecture contest, but nobody was congratulating me. Everyone showed absolutely no surprise about it and was giving me a look as if to say ‘Kanno, again…’. I was feeling terribly uncomfortable and winning prizes used to leave me with complex feelings. I don’t really have happy memories of those contests.

I think he told me something like ‘you don’t have to be here you know’. Grownups wanted and decided that I had to be there, but he told me I actually hadn’t to. I thought ‘that’s what oppression is in a way’ and from that time I decided to stop listening to what people told me to do.

―― How did you start up your professional carrier?

The band Tetsu 100% was participating to a contest and I was asked to help them as a keyboardist. I joined them and rehearsed just the day before and we ended up winning the contest. The winners were able to record one album, and even if back then I had no interest at all in playing in a band that’s how it happened (laughs).

―― You did quite a lot of live concerts then.

I did. I actually started enjoying doing live performances. I used to have only bad memories of performing when I was a kid, but with Tetsu 100% I was able to point the music toward the listeners and it was a good feeling. That’s where everything started (laughs).

― After that, you worked in various industries such as game, animation and commercial music, but composing and arranging are different fields right?

Since when I was young, I was making a brass band arrangement of some music if there was no version of it I liked, or I was writing a music to dance the way I wanted to, so to me composing and arranging are really not different.

―― When you ask musicians to play your songs, don’t they obey to you?

I like people who don’t do what they’re told to. I’m saying ‘Hey, I like the way you’re playing, let’s try it!’ and it’s fun to play around with it because nobody can expect what will come out from it. If it’s to write something the exact way you’re imaging it, then I’d rather do it myself and not expressly call some people.

―― You wrote lots of music for games, animation and commercials, but is there any specific piece of music that you feel special about?

I don’t really think there is. However, I’m very happy when I’m told ‘I love it’ or ‘I’m glad I was alive and able to listen to it’ about some rather simple music because it makes me discover a way to listen, enjoy or use the music that I haven’t considered.

―― When writing and arranging alone, isn’t it annoying when you’re blocked?

When I first started working with commercials, I was writing music intentionally choosing the easy way without considering the difficult things, and I was being told ‘that’s the best thing about you’ many times. I learnt that when you I’m blocked, overthinking results in something sounding dull. For this reason, I’m not trying to overthink in the first place. When I listen to the client wishes during a meeting I think that rather than blindly following music theory, the best way to make things come to you is to empty your head.

To put it into words roughly, I think there are very few good works made by overthinking. For example with cosmetics, even if a thoroughly made sizzle says that it’s beautiful or that it’s a new product or that the target is 30-year-old women, if it’s too complicated nobody’s gonna get it. That’s why in order to entirely absorb the things the staff members at the meetings want, I try to empty my head. To me, being blocked is when my neural circuits are unnecessarily used for example to consider the opposite approach or to define my own intentions. I try hard to turn them off.

―― When you were young, you had to start music with classical music, but what genre do you like?

I’ve listened to lots of music, but in the end I don’t have any favorite genre. When I was listening to music at home I didn’t have any culture back then concerning the genres themselves. One time I tried to buy a radio thinking I had to listen to new music, but because I wasn’t used to it I quickly forgot about it. For example with classical music: I don’t just feel like I’m writing classical music, I rather pick an orchestra because I’m picturing something flying in the sky. I don’t know if I’m actually capable of distinguishing musical genres.

―― Apart from composing or performing, you’re also singing and writing lyrics. Do you feel like this is a different activity?

When I was a child, I thought I wanted to become a writer. I have the impression making things, taking pictures, composing music, writing lyrics or expressing anything is actually the same.

―― By the way, when you write lyrics or do vocals, you use the name Gabriela Robin…

The first time I recorded with an orchestra was in Israel, and at that time the prime minister name was Rabin, that’s it! (laughs)

Thoughts about her hometown damaged by the big earthquake

―― You were born in the Miyagi prefecture, and it might be hard for you to speak about it, but if possible could you say a word to the people who were affected by the recent earthquake?

I’ll try. The place on the beach where I used to hide from my parents to date boys was entirely destroyed by the tsunami, so it’s difficult for me to speak about it but since you’re asking me, I’d say I don’t want to be ashamed about the things that make me happy. And also, I want to tell everyone that I’m healthy and full of spirit so don’t hesitate to call me if you need my help for anything.

―― Finally, can you tell us about your future projects?

As always I work on animation, commercial and movies, but I found out I enjoyed a lot playing in front of people so if I have the occasion…

―― Are you talking about a live concert?

I’d like to do that. I have the impression that while CDs are identical flat things printed many times, in a live it’s impossible to duplicate the feelings each listener has. I don’t want to forget this primitive thing about communicating with every one of the spectators with the power of music.

―― That’s amazing. I’d be very happy if you were to have a new live! As we’re both music professionals, I really think performing is the best attractive direction.

―― We’re behind you, so please continue your hard work!

Thank you very much.

―― Thank you very much for today.

Specials thanks to Yuri for her help with the translation!