A song was finally used in the episode 4 of Terror in Resonance, while the number of unreleased keeps on increasing, obviously. 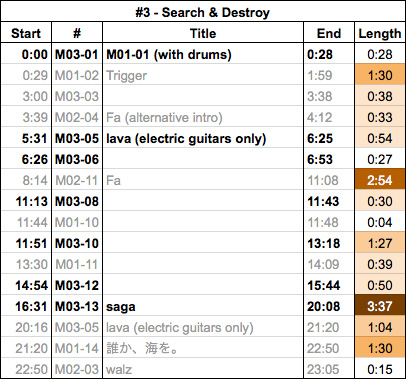 The song used in the episode 4 is ís. 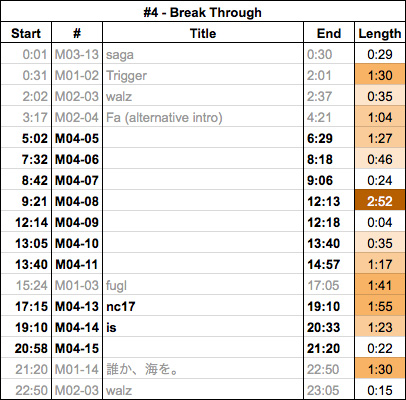 END_OF_DOCUMENT_TOKEN_TO_BE_REPLACED

The second episode aired last Thursday with a few new pieces of music but strangely no insert songs yet. 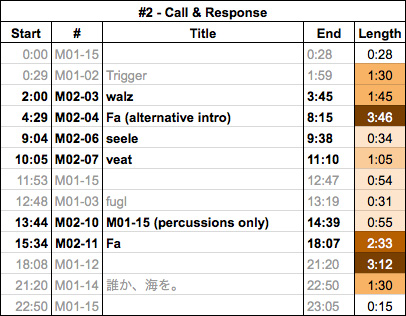 The first episode of Terror of Resonance aired last week and featured plenty of unreleased music.

This is definitely not surprising if you’re familiar with Yoko Kanno’s soundtracks. But still, the first episode only uses 2 pieces of music from the O.S.T. (3 actually, but birden is played only for 7 seconds), and fugl is even played twice. Among the music played in the episode, there seems to be 2 or 3 long instrumental action tracks, and the rest is composed of very short inserted pieces of music.

The episode was also the occasion to discover the ending theme, sounding a bit like another song Yoko Kanno wrote but I cannot point out which one (I would have said a song from Turn A Gundam but I just listened to the whole soundtrack again and couldn’t find it…). Anyway, it’s a sad and dark song with a very interesting arrangement, I’m looking forward to the full version (in September…).

Here is a little sheet presenting the music played in the episode: 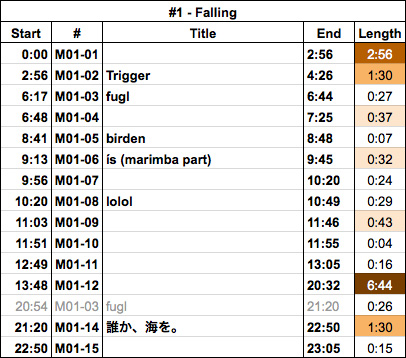 What did you think of this first episode?

Piano Inc. just announced the renewal of the Terror in Resonance website, the release of a new PV, a sample of the opening, and details about both the opening and the ending.

First, the official English title is confirmed by Piano Inc. in its Facebook post: Terror in Resonance. The website URL seems consequently to be a mistake or a temporary title.

Then, a lot of new information is available on the new website. The music section announces that Yoko Kanno composes and arranges the opening and the ending theme: